My name is Molly Lee. I’m also known by my internet handle, VerdelishJP, or just Verde, if you’re cool.

I’m a loudmouth with a perverted streak who loves birds, yanderes, and the color green.

My passion is video games first and foremost, specifically those geared to a female demographic, but I’m generally a big proponent of any female-targeted media. Bonus points if it’s X-rated. Again, perverted streak.

As a professional who takes pride in my craft; I hold localizations to high standards. If a given company releases something in shoddy condition, I tend to yell about it on Twitter, where 2,000 brave souls have subscribed to my feed for some reason.

One time I wrote an article on Persona 5 that made The Gamers mad. I’m also fat and bisexual as all hell.

How did you end up in localization?

Like a lot of people, I started out doing fan translations.

In my case, I’m a double whammy perfectionist AND control freak, so I gravitated to projects that I could do mostly or entirely on my own.

Turns out, this mindset is ideal for working on super niche PC visual novels, where you’re often given the entire script and told “Okay, this is due in (x) months, bye.” I find this leeway affords me the opportunity to really make the game my own.

Compare that to the average video game project, where you get like 1/8th of the script and even less of the decision-making authority, and it’s hard to imagine ever stepping away from this niche entirely.

What led you to “porny otome games”?

While I’ve been doing miscellaneous tasks for translation agencies since 2015, I wouldn’t have achieved my current specialization of “porny otome game translator” if it wasn’t for the personal connections who helped me get my foot in the door with MangaGamer.

They were looking for someone to work on Fashioning Little Miss Lonesome; the first-ever adult otome game to be localized in an official capacity. And when you’re the first of something, people tend to take notice.

From there, I went on to work on The Bell Chimes For Gold as well as MangaGamer’s next adult otome title, Fxxx Me Royally!, and now it’s just kind of what I’m known for. Personally, I couldn’t be more proud of that.

What did you wish you had done different when you were starting out?

Honestly, I wish I would’ve instated work time frames a lot sooner than (checks watch) three years into my career.

The thing about going freelance is that it challenges your time management skills. And you have dumbasses like me working around the clock every day; because we start thinking there’s no other way to survive.

The problem is, burnout is a hell of a drug, and the stress can damage more than just your work.

It’s counter-intuitive, but closing my laptop at 6 PM every day and giving myself nights off to recharge has actually been MORE productive in the long run.

(I still don’t take any days off, but I’ll get there eventually. It’s a work in progress.)

In a lot of cases you’re working with text in immutable chunks, each one its own text box, and it’s up to you to find a way to adapt your target text to fit those constraints.

Light novels, on the other hand, have no such constraints.

It’s pretty much just, “Here’s the entire manuscript. Enjoy.” In a sense, it’s very freeing—if the source text is repetitive (and if it’s Japanese, it will be), the Delete key is right there to solve that problem for you.

But this is a double-edged sword, you see, because it’s easy for all that text to look incredibly daunting compared to those bite-sized chunks in visual novels.

Visual novels often have voiced lines, which means you can listen to the voice actor’s delivery and match the dialogue to their cadence. That said, doing so can result in more pauses than would be natural in English.

In light novels, nothing is voiced, so you can do basically whatever you want with the delivery of the line… But without voices, you’ll have no inspiration to work off of, which means it’s entirely on you.

Do you find tackling two mediums helps or hinders your skills?

Honestly, there are times when I find myself cursing one medium and wishing it was in the other format, but all in all I’d say it keeps things fresh.

I work best when I’m juggling two projects at a time. That stark contrast helps break up the monotony, which in turn boosts my productivity.

After working on both comedy and drama, I feel that light-hearted dialogue comes most easily to me. But on the other hand, producing carefully polished and evocative prose for an intense, dramatic title feels incredibly satisfying once it’s finished.

Recently I’ve been working on a title that features a lot of double meanings scattered throughout the text. Naturally, this requires a lot of careful consideration in order to handle them.

Like, “a lot” is an understatement—after hours of research, I found myself painstakingly coming up with paragraphs of nuanced rationale for why I made each localization choice, leaving little comments for my editor as I went: “This is referenced later,” “This is a callback to an earlier scene,” “This is actually referring to another character, so I wrote it this way to work around that,” “This character’s (source text quirk) is discussed later in the story, so I’ve adapted it as (x),” and so on.

This menial stuff doesn’t get celebrated too much when we translators think of our biggest achievements, but I’m proud of the effort I’ve put in thus far, and I’m confident that I’m making the best possible choices I can.

Pretty much everything I sign my name to, really! I haven’t worked on anything that could be considered popular or mainstream, even within my own niche.

If I had to choose one project to signal boost, however, it’s Neighbor, developed and published by OTUSUN LAND. We’re a really tiny indie outfit championed by Ayane, a Japanese scenario writer who really, really wants to see all her otome games in English.

Neighbor isn’t an otome game, however—it’s a kinetic visual novel of the horror genre and a remake of one of Ayane’s first-ever titles. (Although, with its adult female protagonist and romance elements, one could make the case that it’s aimed more at a female audience.)

I don’t know that I’m cut out to do it myself; but someday I’d like to learn more about the licensing side of localization and all that entails.

I assume there’s some kind of email negotiation? Do the CEOs get together and play Smash Bros? IDK.

The idea of being able to essentially curate content for a publisher sounds totally badass though.

I’m also interested in localizing a script for an English dub.

There’s a lot more creative freedom to be had when the top priority is natural flow. I’m guessing it leads to better, punchier jokes without the delivery of the Japanese line audible in the background. Who knows, maybe someday!

Call me arrogant (and you wouldn’t be the first), but I would like to see translators and editors be treated with the same respect as the original writing team.

To me, a localization lives and dies by the strength of the target text, and that’s a creative process in its own right—assuming you have a passionate, talented team and not just some guys you essentially pulled in off the street.

Unfortunately, companies have long since learned that they can just slap 10 dudes on a project, churn it out in a month, then sit back and reap profits from customers not realizing they’ve been conned. To me, this is the height of disrespect. These companies are willfully devaluing a product that the original creators put their hearts and souls into.

If we continue to view manga, games, novels, and other media as cash cows to be milked, and not the works of art that they ought to be, we’re saying to our customers;

“You don’t deserve the same meaningful experience that Japanese fans enjoyed.
You get the bare minimum. Now give me $60.”

That, to me, is real arrogance.

You can find Molly here! 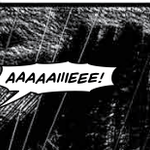 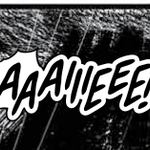 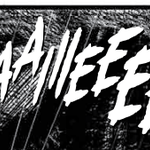