時をかける少女 (Toki wo Kakeru Shojo) is an iconic story in Japan. It was adapted into an NHK drama, a few live-action movies, a drama CD, and most iconically, an anime movie. Most Westerners will know it from this anime movie under the title The Girl Who Leapt Through Time.

Judging from the majority of the English reviews of this book most Westerners probably picked this novel up because of the movie… and most were horribly disappointed because of that.

“I really hope the magic was lost in translation, otherwise I really will have to be a little bit mean to this author.
…It HAS to be the translation. Right?” – Kaisa on Goodreads (Apr 21, 2011)

But was it really the translation that left so many English readers disappointed?

Some Background on the Original Story

First of all, if you’re expecting a “novel” then that’s disappointment right off the bat. The Girl Who Leapt Through Time is actually a short story of about 100 pages in Japanese, 50 pages in English. You can finish the whole thing in about an hour and a half.

Secondly, the original story was written a long time before the 2006 anime movie. 40 years before the anime to be exact.

The original story was published in seven parts in a science fiction magazine for middle schoolers called 中学三年コース (Chuugaku Sannen Corse) between 1965 and 1966. This was then published in book form along with another short story in 1972.

I want to reiterate that this story was a mystery aimed at middle schoolers released in seven parts. It was not designed to be a deep science fiction narrative about time travel. The original Japanese story is, if I’m honest, very two dimensional.

The main character, Wazuko, doesn’t do anything with her time travelling powers. She accidentally travels because she almost dies and she travels again to try and get rid of her powers, but that’s it. The most interesting part is the ending when a character is telling Wazuko about the future. That’s the only time there’s any exploration of sci-fi themes.

The fact that this novel was adapted into so many shows and movies in Japan is a strong indication that this was a very influential science fiction story for Japanese kids. However, Western audiences weren’t introduced to this story until 2006, and the novel only came out five years later in 2011. Making the audience for the Western release very different from the Japanese audience. Which the English publishers missed by a mile.

The English Publishers Did This Story Dirty

This might be incredibly harsh but I would argue that the English publishers, Alma Books, negatively impacted the reception of this story in English speaking countries.

First because of this cheap cover. I’m not even joking with how cheap and misleading this cover is. First, this is a novel written for middle-grade readers, but the cover seems to have this incredibly stereotypically Asian vibe to it, which seems to be aimed at adults.

The image is of an adult woman, lying in daisies which has NOTHING to do with the story. This image, and I kid you not, is from Getty Images. The font is the generic font you see on other Asian themed Western novels like Memoirs of a Geisha and Across the Nightingale Floor. It’s such a cheap, lazy cover, that completely misses the target audience.

If an English speaker had never seen the anime movie and picked this up they would be very confused.

The only reason I can think of why they didn’t want to hire an editor, and why the cover is so poor, is because they wanted to release this novel as cheaply as possible. Shame on you Alma Books.

The original story is not deep, it’s aimed at middle schoolers (although the English release missed that), and not long. But how’s the translation?

On the one hand there are parts that read like a native English speaker wrote them. They’re natural and make sense. But at other times dialogue can be stilted and directly translated. Sometimes the translator completely removed lines for seemingly no reason, but kept the structure of the original Japanese in other parts.

A clear sign an editor was missing was also inconsistent terminology and inconsistent formatting for internal dialogue. I would be surprised if the translator even gave this an edit himself once he was done.

Removal and Shuffling of Lines

On the very, very first page the translator removed a line from the original Japanese and I don’t know why.

English:
“That’s good enough. I’ll take out the trash,” she said. “You boys can go wash your hands.”

The English completely removes the reply, “You sure? Thanks.” from one of the boys.

Or, on the next page where we have,

Direct translation:
Goro had the habit of using overly difficult words. Kazuo was spaced out as usual and looked down at Gorou who was 20 center meters shorter than him.
“Hmm, really?”
“Yeah, you don’t think so?”

English:
Goro liked to pepper his sentences with big words from time to time.
“Oh yeah” said Kazuo, who had been miles away again. “What makes you say that?”
“Don’t you think she can be overbearing?”

I can see why the translator reordered events slightly to make the text a little more readable in English. This is a good tactic to use as Japanese writing styles can be very dry and dull when directly translated. (I highly praised All You Need is Kill for doing exactly this.) But I don’t agree with completely removing information, which this translator seems to have done a few times.

I can see why he removed the comment about the 20 centimeters height difference, because something so specific is weird in English. But indicating the height different another way could have still worked.

This translator is clearly capable of writing natural English, so it seems weird that the English felt stilted and directly translated at parts. Particularly at the end of the story, and even more so in the second short story. (A sign of translation fatigue and not enough time to re-read the text, perhaps?)

Here are a few examples of dialogue that completely threw me.

“If there’s something bother you, I’ll be willing to help!” added Goro, doing his best to affect a masculine nod.
“Well, yes there is something I’d like to tell you,” said Kazuko, taking a seat in front of them.
“Whatever it is, it seems very formal!” said Goro, his back straightening in anticipation.

What the heck is a “masculine nod”? And who says “it seems very formal”? A more natural phrase would have been, “Well, it seems very serious.”

This translator also liked to use the word “said” too many times. Probably okay for a novel aimed at young readers, but a sign of lazy writing.

Suddenly, just as she was finally drifting off, there came a loud and piercing scream from the road in front of their house.
“Fire!” came a single voice. Then came the voices of many: “Fire! Fire!”

Drink every time you read the word “came”. “the road in front of their house” could have been cut down to “the road outside” or even just “the road”.

There were a few times where the same word was repeated too many times, or unnecessarily excessive wording was used.

There were a few instances where I thought the translator did a good job.

One thing I appreciated was the translators decision to remove sexist stereotypes from the original. Such as “high-pitched scream” instead of 女のようにかん高い悲鳴 (“a high pitch scream like a woman”). (But then why would he use the phrase “masculine nod” when that wasn’t in the original Japanese?)

There were some other nice iterations such as, “But only a little while earlier, she remembered seeing the late afternoon sun as it tinged the buildings a blushing red.”

Inconsistency in writing is such a pet peeve of mine. (Which is one reason why this translation needed an editor!)

The zebra crossing annoyed me in particular because this is a British term for a crossing on a single road that does not have stop lights. But this whole scene involves a truck running a red light at an intersection. So I would argue the use of zebra crossing is a mistranslation.

Inconsistent British vs American English such as “trash” and “trash bin”, instead of “trash can” or “rubbish bin”. And the above “zebra crossing” and “cross road”. The translator is British and he uses British spelling, so it was weird to have American words scattered throughout, and for those to be inconsistent and mixed with British terms.

The formatting for Kazuko’s internal dialogue seemed to switch between quotation marks, italics, and non-italics. With several instances of “she thought” in italics along with the rest of her thoughts. There was even one point where her “thought” was in third person. Clearly a mistake in the text.

Over all this translation was very wordy and really needed an editor. Not just to cut out the inconsistencies but to reduce the word count and improve the flow.

As a British person the translator used a lot of “quite” and “rather” which a) gives a different image to American readers, b) changes to tone to be slightly higher register, and c) makes sentences too wordy.

Overall the original story is not very imaginative or exciting. This could be because we live in an age where it’s incredibly easy to get hold of amazing science fiction which explore interesting ideas and tell exciting stories.

I may seem critical but I do think the translation did an overall good job of conveying the original story. This was an easy and quick story and I could get a feel for the original Japanese. I do think it was still directly translated too much at times and really needed an editor to give it a polish. However, I feel like the majority of the disappointment English readers felt is not from the translation.

I think readers of the English translation are expecting a more mature story similar to the anime movie, but instead get a short story aimed at middle school readers. The poor cover, lack of foreword, and overall miscommunication of what the reader should expect resulted in reviews like…

“The language of this book is so bland and lifeless, the characters so one-dimensional, that I’m actually left wondering if there isn’t something I should know…” – Tocotin on Goodreads (Aug 20, 2011)

“This is one of the rare times that I find the movie adaptation (or in this case, the 2006 anime film) better than the novel. Perhaps it was the bad translation” – Pixie Dust on Goodreads (Dec 27, 2012)

“I feel like this is a really difficult book to review because I can’t tell if the problems were with the writing itself or the translation.” – Elliot on Goodreads (Mar 21, 2017)

I think had this novel been marketed towards middle-grade readers (like Kiki’s Delivery Service is) it would have much higher reviews and be appreciated more by it’s target audience.

If Cats Disappeared from the World – Translation Review 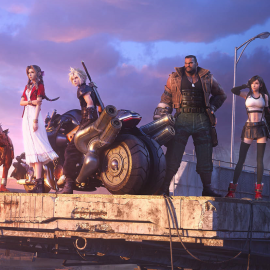 A New Translation of Five Rings by Miyamoto Musashi