Japan is such a different place from Western countries. It’s this difference which has drawn many people to visit, and even more with the upcoming 2020 Olympics. But there are some things you should be aware of if you’re planning​ a trip to Japan, especially if you’ve never been before.

Not everyone will make these mistakes, but most people I’ve met had made at least one (including myself).

Here are 10 mistakes people make planning​ a trip to Japan. (Note: All the photos in this article were taken by myself)

10. Leaving Everything to Someone Else

If you know nothing about Japan then it’s really tempting to leave the planning to someone else. Either by dumping everything on someone who’s already been or hiring a tour company can be a really bad idea!

First of all, it’s not fair to ask someone to plan your trip for you. Planning a trip to Japan for someone else is difficult when you have no idea what they like to do, what they want out of the trip, or even their schedule.

People can certainly give you ideas, but you need to give them something to work off of, not just say “I’m going for 2 weeks, what should I do?”

You could always have your trip planned through a tour company, but this isn’t always great either. For one thing they’re incredibly expensive. A number of companies organize trips for foreigners without ever having been the country themselves, so they assume a lot. (I.e that US trains are terrible, so Japanese trains must be terrible too and you spend the whole time on a coach or paying for first class!)

A tour will also mean you’re going to all the incredibly touristy locations with other people. This means you have very little time to explore and try new things out. Unless you get a private tour guide which is even more expensive!

I always think it’s better to skip the tour companies, unless you have the money and don’t care about missing large parts of Japan by exploring it yourself.

9. Putting Japan on a Pedestal

If you’re going to Japan there’s probably a reason for it. For many people it’s considered the most amazing place you could possibly go to. Whether this be because of anime, dramas or movies.

But that’s like thinking the US or Europe are just like the movies. They’re amazing, exciting, and there’s nothing wrong with it! Well yes Japan is amazing and exciting, it’s certainly one of the safest places you could go to. But it’s not THE most amazing place ever!

This is mostly an issue for people who idolize Japan and have this set image in their heads. Yes it’s amazing, but you need to prepare yourself that it might not be quite how you imagined it.

(There is, after all, something called Paris syndrome: Where tourists (mostly Japanese) break down after finding out that Paris isn’t what they expected.)

8. Thinking Japan is Small / Not Taking into Account Time

You want to go to Hiroshima, see sumo wrestling, geisha, and the monkeys in the hot springs? Have you looked these places up on the map?

Many people don’t realize that Hiroshima is a 5 and a half hour bullet train ride from Tokyo. Which might not seem like far for many Americans but it is! (There’s also the time it takes to get to the station.) It really isn’t that easy to do Hiroshima or Kyoto as a day trip from Tokyo. Or to get from the north of Japan to the south. Especially if you only have a few days!!

Tokyo itself isn’t small either and doing a large number of sites in a single day is incredibly difficult, expensive and exhausting.

If you only have a few days to a week in Japan you have to be prepared that you can’t do everything you want in a single trip.

Prioritize what you’d like and check what is possible to do in the time you have.

7. Thinking the JR-Pass is Worth It

Many people know about the JR-Pass (if you don’t click here), but to sum it up it’s a single priced ticket that you can use on JR lines, including most bullet trains.

Then there are train lines where you CANNOT use the JR pass because they’re not owned by JR! This is particularly the case in Osaka and other cities. So you might still find yourself spending extra transport costs.

There is a great JR Pass Calculator which you can use to help you work out if the JR Pass is worth it and if so, which one to get.

(If you’re worried about trains I wrote a guide for first timers here.)

Like many cities, the airports in Japan are not right in the middle of town. Many people don’t even realize how huge Tokyo is, nor the fact that it can take 1hr+ to get to your hotel from Narita airport.

Also, are you arriving at 1am? The trains might not be running at that time of night, so you’ll need to book a place to sleep or find another transport method.

It’s worth checking where you’re arriving and how you get to where you’re staying in advance. There is often a special train from the airport to major stations in all the cities. You normally can’t ride these trains late at night, and you need to go to a special counter to buy the tickets.

Staff at the airport DO speak English, so you can ask them where to go and how to get these train tickets if you get lost in the airport. (Which I’ve done more than once).

5. Expecting English to be Spoken Everywhere

I just mentioned that staff in airports can speak English, but it doesn’t mean everyone in Japan can!

You can certainly find English in the airport and in large hotels, and of course there are English pamphlets and maps at information booths, but it’s still not a widely spoken language.

Everyone in Japan learns English from at least middle school, but it doesn’t mean they can speak it! You will quickly begin to recognize that certain look of panic as shop assistants try to remember what little English they can speak.

But even if you can’t speak Japanese you can still get by in Japan! In fact it’s very easy to ask people for help with hand gestures and very simple words. If you’re really stuck I suggest writing down what you’d like. Japanese are often better at reading English than listening to it.

This means hotels and hostels can get booked up pretty quickly, and are almost impossible to get during the peak seasons.

So make sure you plan where you want to go and book your hotels/hostels as soon as possible!

This is probably a little obvious, but research the places you want to go to. Japan always has festivals going on, there might be one going on while you’re there! There might be more about the town you’re staying in but you won’t know if you don’t look it up.

Don’t just assume the large touristy attractions are the only things in an area.

Also don’t just wing everything. Plan which train route you’ll need to get where you’re going. Hyperdia.com is amazing for planning train routes and times!

When you have a plan for where you want to go, then I suggest asking other people for anything you may have missed out. Although try not to over plan…

There can actually be a problem with over planning. If you have a check list of things you HAVE to see, you might find yourself rushed and disappointed when you can’t get it all done.

It’s great to want to do a lot of things, but rushing around trying to fit everything in can take the fun out of your travels. You’re supposed to be on vacation right?

Make a plan, but don’t worry too much if you can’t get everything done.

One of the biggest problems I see are non-Japanese tourists who cause trouble for others. Not on purpose, but mostly out of ignorance.
4 key points that stick out in my mind:

1. People who have never been often don’t realize how much cash is used in Japan. You should make sure you inform your bank you’ll be in Japan (it’s a nightmare trying to sort if you don’t and can’t access money). You can get cash out in Japan from most convenience stores and any post office. But the post office ATMs are normally only open during business hours (around 9-5)!

Note: DO NOT exchange money in Japan! You have to do this at the bank and it normally requires a long process with ID and filling forms in Japanese. It’s better to exchange money in your own country OR take money out at ATMs.

2. Many tourists don’t realize how often you’ll probably take your shoes off. It’s worth taking a pair that are easy to slip on and off. Don’t take heels or nice shoes (unless it’s for work and you won’t be walking). You WILL be doing a lot of walking!

3. This is the most difficult for Westerners. When you’re in Japan pay attention to those around you. Especially on public transport!

You’ll quickly notice how people don’t talk (or if they do, very, very quietly) and don’t eat on public transport. Phones are a HUGE no-no on public transport too. If you get a call, ignore it, or if you need to call someone, get off the train/bus!

4. Public drinking of alcohol is allowed, but eating and drinking when walking is considered rude. If you have to grab a snack from a store then find somewhere like a park to sit down and eat.

If you grab a drink from a vending machine it’s normally best to drink it there and throw the bottle in the recycling.

BONUS. Thinking You Can Easily Get Wi-fi in Japan

For a country that’s widely considered to be technologically advanced there are some areas where it lacks technology. One of the biggest that tourists face is the lack of wi-fi. In Japan everyone has smart phones so it’s easy for Japanese people to get roaming data through their plans. So there isn’t a need for wi-fi.

Hotels and hostels will often provide wi-fi, but it’s really hard to find when out and about. Even Starbucks and McDonalds require you to sign up to a page in Japanese to access wi-fi!

What you can do is purchase or rent a pocket wi-fi. You can do this from companies online or at the airport when you arrive. They are cheap and incredibly helpful when out and about! They are worth investing in!

Note: iPhones will work in Japan. I don’t know the specifics (you may pay through the nose for data) so please check with your mobile provider!

Have you been to Japan? What do you recommend people do/don’t do on their first trip to Japan? 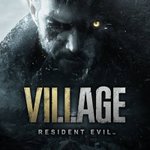 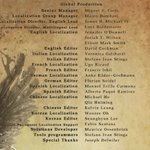 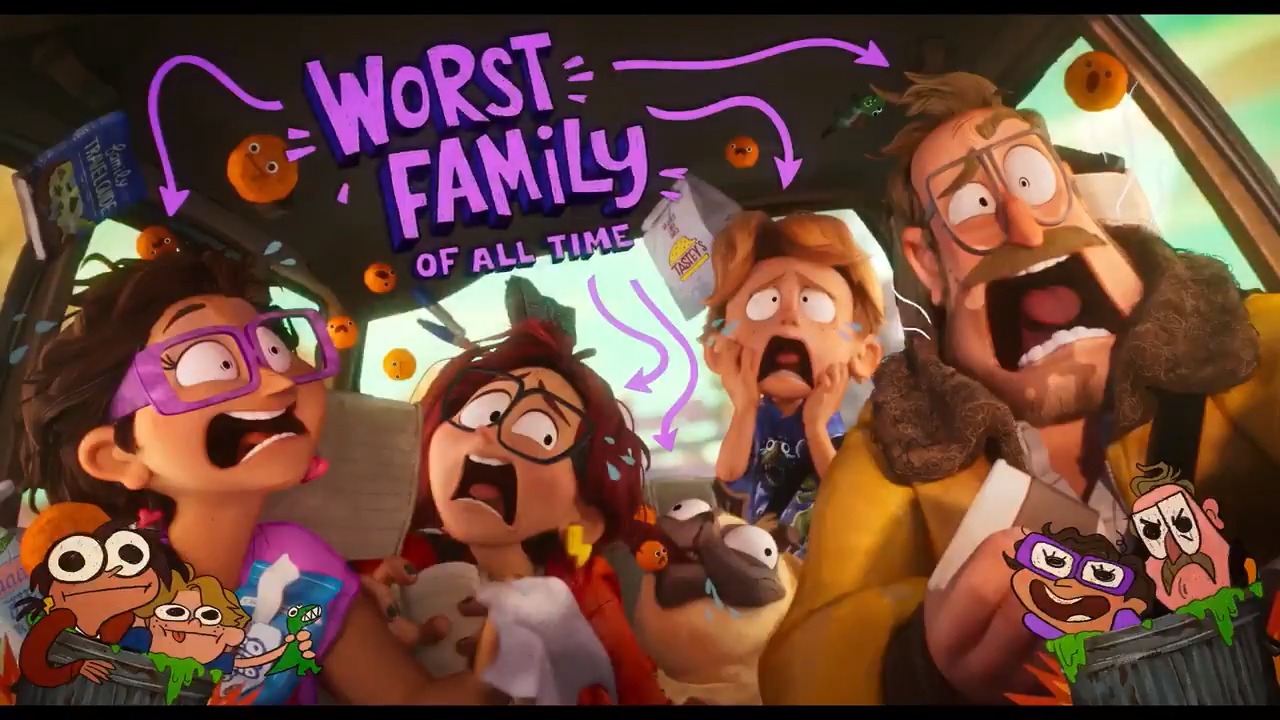