Please tell us about yourself! My name is Jessica Chavez, and I’m a former editor and localization manager at XSEED Games. I’ve been in the industry for over ten years now. I’ve had the pleasure of working on series such as Trails in the Sky, Rune Factory, Ys, Half-Minute Hero, and many, many more. I’m also a writer with a few books to my name.

I studied international relations at the University of Connecticut, and since leaving XSEED I’ve been working as a freelance editor/localization consultant as I move around and around the world. I’m currently based in England.

How did you get into editing?

I kind of ended up in the editing field on a whim.

Originally, I had planned to go into diplomatic work using my degree, but after spending three years in Japan on the JET Programme I saw an opening at TokyoPop in LA to work on their manga/OE lines and thought that sounded a lot more fun.

I applied, flew out for the interview, and a few weeks later I got my offer letter. In December 2007 I picked up and moved to LA to begin my glorious new career in comics.

In June of 2008 TokyoPop underwent massive layoffs and my glorious career in comics ended.

Luckily, life is full of strange little serendipities. A friend sent me a Craigslist ad for an editing job at a company called XSEED Games. I’ve been in the game industry ever since. Thanks, Craigslist!

What do you wish you had done differently before becoming an established editor?

I wish I’d sat down with an experienced editor in the field when I first started. I wish I had picked their brain about all the strange little quirks of editing in the video game world.

The core skills are the same over the various entertainment industries (grammar, strong writing, proofing, etc.); but game text has its own unique set of particulars and philosophy.

These are all questions that get answered and fine-tuned the longer you work in the field, but ten years on I still wake up in the middle of the night and feel embarrassed about some of the mistakes or choices I made in the early days… What’s been the biggest challenge establishing yourself as an editor?

After leaving XSEED to move to Australia and start a family I took up freelance editing.

Thanks to the internet, I’ve had the privilege of working with some amazing companies from all around the world in the comfort of my home. But I’ve found editing files while in labor to be really unproductive.

My first kid also didn’t sleep for the first six months, so I didn’t take on another project until she was almost a year old. My second daughter came just two years later, and like her sister, she’s also evil in the sleep department.

At the moment I can only work part-time while juggling the kids, house, and day-to-day stuff, so my opportunities are somewhat limited. It’s been really hard to stay established as an editor.

But I like to think that my experience and style makes me a good option for companies in need of a bit of humor and emergency editing support.

How do you normally work with translators?

When on project I usually have access to the original text translator or at least an in-house translator.

I think it’s important to be able to speak with someone on the team to check trouble lines, context issues, tricky nuance, etc.

Translators have already done the heavy lifting and know the game best before it reaches me, so I really appreciate having their input.

It’s not always an option, but I believe you get a better product when there’s back and forth between translators and editors.

What are you most proud of?

I’m rather proud of getting a six kanji system message with the generous English limit of seven characters down to “YOU>EVIL” in Half-Minute Hero. But I guess the treasure chests in The Legend of Heroes: Trails in the Sky is the most memorable one at the moment.

For those who maybe haven’t heard of the games, Trails is a charming, text behemoth JRPG series developed by Nihon Falcom. Back in 2009 when I worked on the first game, Trails in the Sky FC, I noticed a reoccurring line of system text in almost every file:

This line of system text would be called up any time a player revisited a chest they’d already emptied.

To have individual lines for a stock system message is unusual because generally, games that have objects which all share a common line of text tend to pull that key system message from a single file. Trails, however, had a unique line of text for EVERY chest in the game.

This little quirk meant I could custom tailor every treasure chest message in the game if I wanted to. And I did, so I did. With permission, of course.

“The chest is as empty as your thieving heart.”

What resulted was a bit of hidden snarky fun as every chest in game bemoaned or berated the player for stealing their contents.

I originally wrote them as a way to blow off steam during the crunch period and create a little extra fun for the player, but people seem to really like them, and they’ve become a semi-feature in the later games ever since.

“The treasure chest is offended that you have returned.
Was the first time not good enough for you?”

I often wonder if people notice the little touches I put in when editing a game. Like adjusting idioms or exclamations, etc., to reflect in-game lore or sensibilities.

For example, if the Japanese is translated to “Well, I’ll be a monkey’s uncle!” I might tweak it to say, “Well, I’ll be a <insert appropriate monster name here>’s uncle!” Or I’ll make the slang world/era appropriate like Estelle’s version of “Wow!” in Trails in the Sky to be “Holy Stregas!”(her favorite brand of sneakers).

I think little things like that really add to the experience, but I don’t know if people notice them.

What do you think people don’t know about localization?

I think the entire process of localization is still pretty mysterious for a lot of people, so I’ve actually written a fair bit about it in posts here:

But here’s a little tidbit people might not realize…

Localizing a game is far more than just translating the text, and it often seems to take more time than it should because:

1) It’s not a problem that throwing more people at solves. The more translators and editors you toss into the grinder, the more difficult it is to ensure consistency across the board, mostly especially in tone.
2) Translation and editing are but one stage of many (MANY) in the process. Schedules/deadlines are stretched all the time by lesser known steps such as production (LEs with multiple items, for example), QA (Holy crap, we just found a section of the game where NPCs are sticking to buildings and exploding)(true story), submission (FAIL, return to Go. Do not collect $200 or master certification), etc.

So many things can go wrong, and they often do.

If you could do anything, what would you love to do or try out?

I would love, LOVE to work on a new Suikoden or the Suikogaiden games that haven’t been brought over yet. I’d also fancy trying my hand at a crazy otome like Hatoful Boyfriend.

Field-wise, I’ve been lucky enough to get into my dream job already when my first book was picked up by Chromatic Press, and then the sequel. I hope to devote more of my time to writing books (or games!) in the near future.

You can find Jessica here! 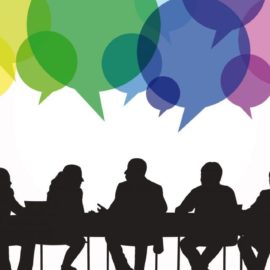