Starting out as a freelance translator is hard. You need experience to get jobs but can’t get jobs without experience. I can see why though, with every new job you learn something new and your translation improves. And companies want to hire people who are less likely to make mistakes.

As a beginner you’re unsure how the client wants the translation done. Directly translation or completely different? Will they know that I understand it if it sounds different? I had many worries with my first game translation, but in the end it was a great experience.

My first game translations were with a very small Japanese company called Abracadabra Inc. Their project managers were all lovely and really great to work with. I think they had only recently started as a translation company when I started working with them so we were all learning new things.

The first game translation they asked me to work on was 青春カレシ, which I translated to My Sports Club Boyfriend.

UPDATE: It was an experience, but I would not recommend working with Abracadabra. Their rates are incredibly low and working for them was not good for my income nor health.

This is a game for android and iOS about the main character (the player) researching one of 3 members of different sports clubs for the newspaper club.

In Japan this kind of game is known as an “otome” game. It’s a game aimed at women where the player can choose different stories and “seduce” the characters. This game is a sub-genre of that known as BL or “boys love”, which most English people call “yaoi”, which means male-male same sex relationships.

I found the stories really engaging and the interactions between the characters mostly realistic and enjoyable.

Some Interesting Things about this Translation

The first interesting thing was that this translation was completely done in Microsoft Word. Not just in Word, but the games coding was left in too!

This meant I couldn’t use a CAT (computer aided translation) tool and had to be extra careful not to delete any code.

NOTE: This was the only game I did for them in Word. They soon moved over to the CAT tool Memsource and then shortly after were able to remove coding from translations.

As I mentioned, they were just starting out when I joined so this was a new process for them too.

How Much of the Game I Translated

I was first given the prologue to work on. This was just a short section which introduced the main character and other side-characters. It also established the main character’s role as a newspaper investigator and how he was considered “cute” by most of the school.

After the prologue the player could pick which of 3 characters they wanted to “pursue” in the game. The choices are Kaido Haruma (Volleyball Club Captain. 3rd year), Kusunoki Nozomi (Swimming Club. 2nd Year), and Hino Youta (Basketball Club. 1st Year).

The stories were different depending on which character the player chose.

The full and short title for the game was my work too. The longer title in Japanese was 青春カレシ～男子校のヒメゴト～ which directly translates to “Youth Boyfriend~ Secrets at an All Boys School”. But as you can probably tell, this doesn’t sound very appealing in English.

Challenges as a Beginner Translator & What I Learned

With 2 character’s story lines and bonus chapters, the prologue, and game text, I probably translated about 400,000 Japanese characters in about 4 months!

I can’t say the exact amount because the game code was mixed in with the text, which didn’t give me an exact number. Instead I got paid to do the overall project.

But size and cost aside, here are some challenges that I had to face as a beginner that I hadn’t before. 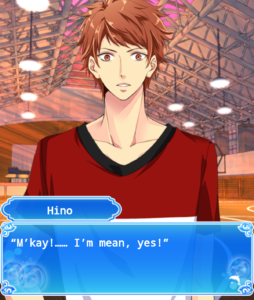 My favorite character story to translate was the kouhai, Hina Youta. He was also the most challenging.

Hina was a first year and the youngest main character in the game, but he constantly used informal Japanese with his superiors. He often got in trouble for this too.

English has informal language but to the same extent the Japanese do. It’s normal for people in Western school to treat every other student the same, no matter the other persons age. But in Japan you use different language depending on if they’re older or younger than you.

I did try to incorporate his weird slang where it was most obvious in the Japanese. I.E “M’kay!…… I mean, yes!”
Otherwise he talks like everyone else.

When you start translating it’s really tempting to directly translate the Japanese. I’m certainly guilty of this more than once. It’s a mixture of being paranoid of translating something “wrong” and getting too focused on the Japanese.

Sometimes its hard to see the wood through the trees with translation… which leads to wooden translations.

With such a large project, working on it on my own, and not much time to get it done it, I was translating pretty much from 7am to 9pm every day for several weeks. I’d have breaks, but I was pretty drawn into the work.

Unfortunately with such a large file proofing was non-existant. I had hoped someone else would read over it, but it looks like some really stupid mistakes slipped through. Such as Japanese quotations 」 left in or “I’m mean” instead of “I mean”.

They’re really stupid mistakes but with such a huge project it would have taken at least another month to proof the whole thing by myself. And when you’re only getting paid 1/100th of how much a game translation should be… it’s a sacrifice that needed to be made. It’s just a shame they didn’t have someone proof the translation after I’d submitted it.

From this huge project I’ve certainly learned that everyone makes mistake and it’s importance to proofread. Or to at least try to get someone else to read through a translation.

One thing you don’t really consider when you say yes to something like this for the first time is your time and how much that time is worth.

I won’t say exactly what I was paid for this but it was… not a lot. And the amount of work for a single person meant I was working pretty much every day from 7am to 9pm.

At the end of the project I was just done. I was so tired. But I also felt this immense sense of achievement.

It certainly taught me the importance of managing a huge project but also balancing it with sleep, eating and leaving the house.

I would go onto translate another 2 video games with this company, a total of 6 characters story arches, each around 200,000-300,000 Japanese characters in size.

In hindsight these projects weren’t very good for my income or health, but they were great experiences. I try not to let translations get in the way of food or sleep and I don’t accept unreasonably paid jobs (anymore).

I cringe at my translation for this game. It certainly wasn’t the worst but there were  stupid grammatical mistakes that could have been caught with a read through. (Which is made all the more difficult when you’re dyslexic, but that’s another story.)

I honestly enjoyed working with Abracadabra. The people there were incredibly kind and honest and were easy to work with. I look forward to seeing how they grow as a company and hope they succeed in the dating sim localization world.

The game itself is SUPER cute!!! I love the character’s interactions and it’s nice the main character (the player) actually has a personality. I can’t comment on game play because I’ve not played it myself (I know all the story after all! Hahaha!)

You can download My Sports Club BF for Android here & for iOS here.

EDIT: I translated Mt Sports Club BF in 2015 after my MA in Translation. I’ve done a lot more work since then, including the LocJAM Japan. In translation we’re always learning. I feel like I’ve come a long way in a short amount of time but I still feel like I have a lot to learn. 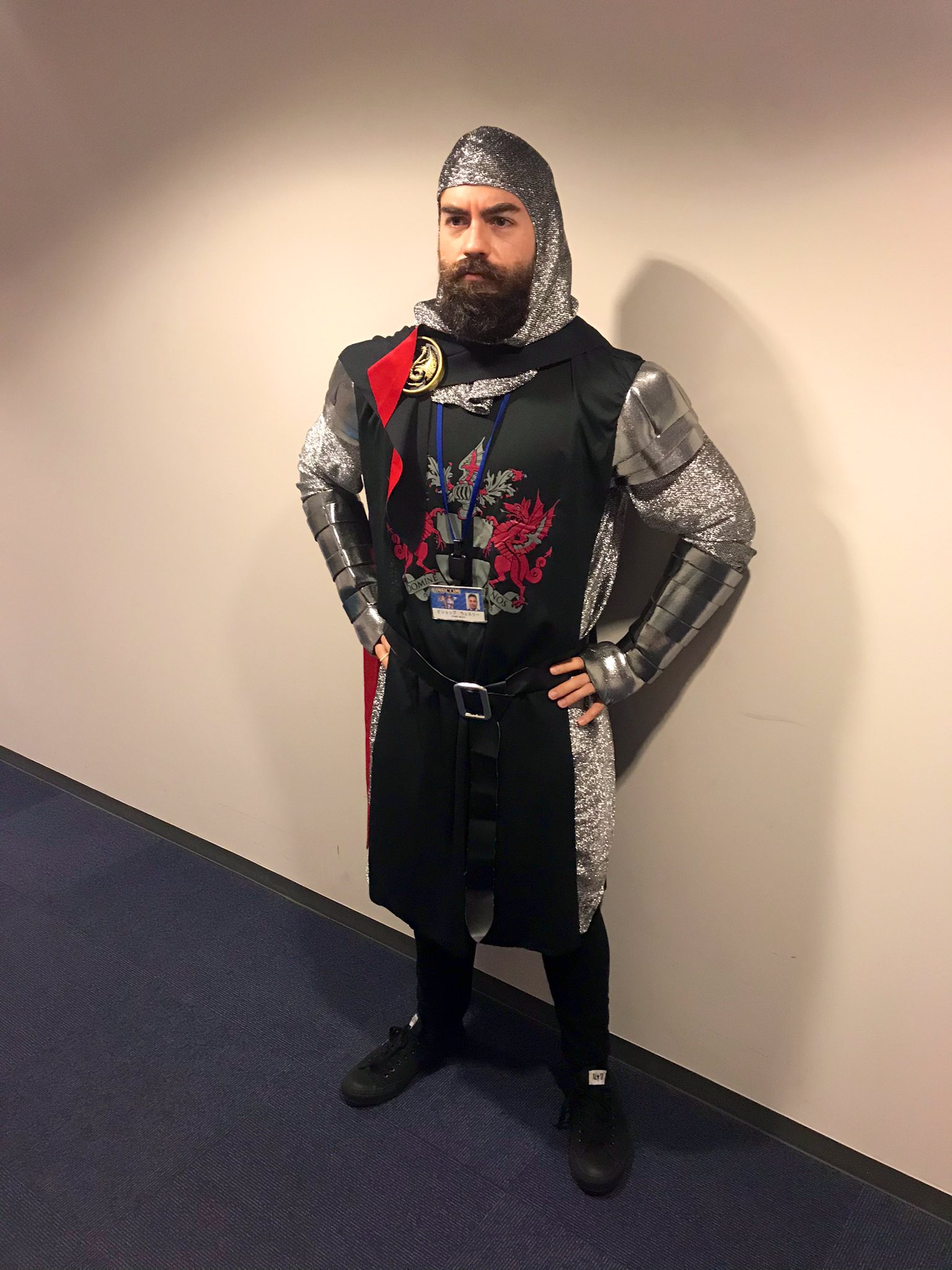 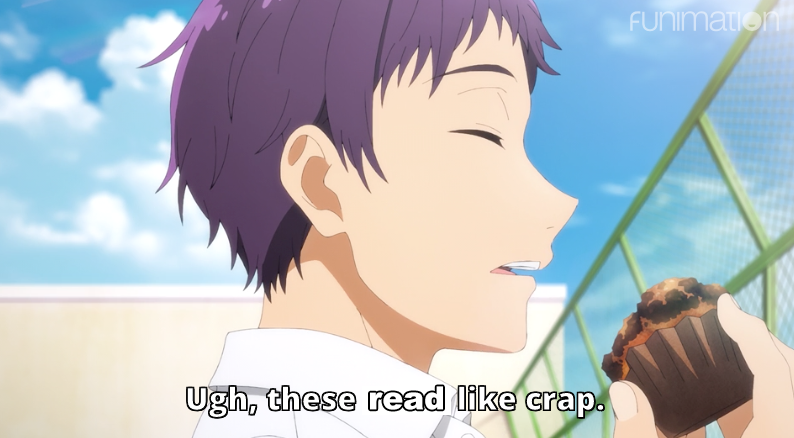