Stephen Meyerink is a freelance Japanese to English translator, writer, and author who has worked on video games, books, albums, manga, and more. He is a massive fan of video game music (in terms of both a historical practice and a listener), loves cooking (and eating) all kinds of food except meat loaf, and Final Fantasy.

“In days now long past, the War of the Lions rent the land of Ivalice in two. And it it here that two young men of note first stepped onto history’s stage.

The first is a man named Delita Heiral, the hero who would draw the curtain on the War of the Lions, this dark act of Ivalice’s history. The other, whose role is now forgotten is a man by the name of Ramaz Beoulve.

Peer through the eyes of these two young men, and uncover the secrets that lie hidden within history’s darkened folds.” 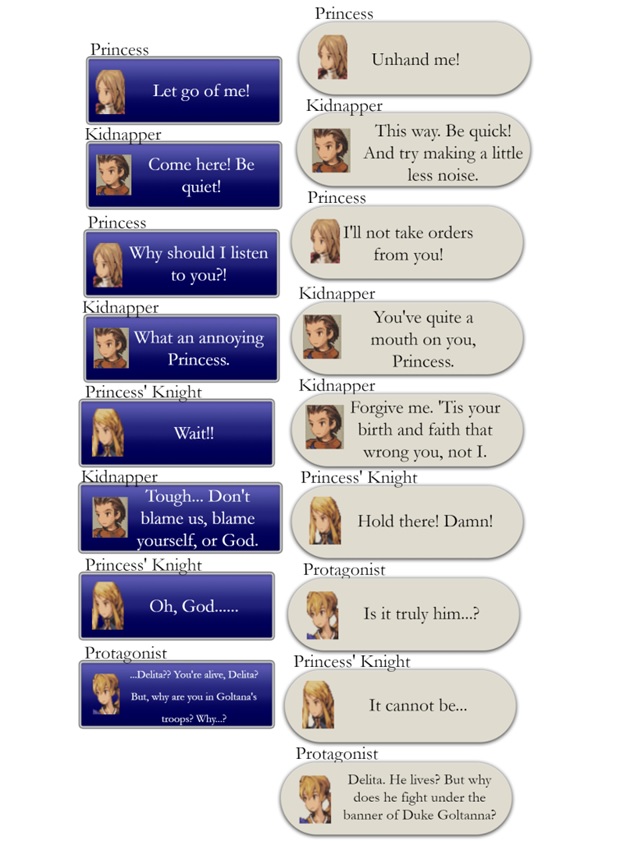 A podcast where professional Japanese to English translators and editors chat about their favorite translations.

Hosted and edited by Jennifer O’Donnell