When I was in secondary school (when I had more time) I played Final Fantasy IX, VIII, VII, then X and X-2. I was hooked. So when the Final Fantasy VII Remake was announced many, many, many years ago, I was thrilled! But the years went by and I stopped being excited. By the time the game came out I’d already been working as translator for three years. So I was excited, not by the remake, but more by how they had handled the localization…

…And I was not disappointed.

The Final Fantasy VII Remake was an absolutely massive undertaking. Obviously creating this beast of a game itself must have taken a lot of man power (I mean the credits are 18 minutes long,) but from the localization side alone, it’s impressive. I’d like to discuss why.

This was a Beast of a Job

This is a beast of a game. It takes roughly 34-84 hours to complete (up to 130 hour for completitionists at slow pace.) But gameplay aside, the number of characters, voices, and text in the game is insanely huge.

There are 5 party members plus at least 58 side characters (not including random NPCs by the side of the roads with speaking lines.) With item text, objective and mission text, ability text, this game was easily a couple of million moji (Japanese characters.) Which means at least a million English words, mostly of which were fully voiced. (We’ll come back to the voices later.)

You’d probably see this amount in an online game (like an MMORPG) after a few years and several expansions.

Your average RPG could be anywhere from 50,000 to 300,000+ moji (not millions.) Localizing jobs like that would probably need 1-2 translators (three at a push) and 1 editor per language. (Varying between size of text and timeline.)

The FFVII Remake, however, had 5-7 translators per language, which would probably require at least 2 editors and 1 master editor. For 7 languages (English, French, Italian, German, Spanish, Brazilian Portuguese, and Korean.) Don’t forget your localization managers, LQA staff, voice actors, localization engineers, and more! Looking at the credits there was a total of 84 people who worked on the localization alone! (That’s not including LQA who I didn’t see credited anywhere. Although it’s entirely possible the translators and editors LQAed the game themselves.)

A large bulk of the localization team was in-house too. And according to an interview with the Localization Manager, and English, French, and German translators, they started localization in 2015 when the first trailer was released. Meaning the localization was in progress for almost 5 years! And even then, the translators said it was a tight schedule.

The Restrictions and Challenges

I mentioned I played FFVII in secondary school, when I was probably about 15, and I remember loving it. Of course nostalgia goggles are a thing and I’m sure if I went back now the English would be… not perfect… But this game is a well loved game among many people across the globe.

Saying that, Ben Sabin, one of the English translators said in an interview,

“…each and every fan has their own ideal version of the translation, we had to come to grips with the fact that it would be impossible to please everyone, no matter what we did.”
(FINAL FANTASY VII REMAKE Localization Team Interview! Part 1)

So they had to take the original localization into context, while also making the new translation work. They were aware that not everyone would be happy, and I think that was the best approach to take. They worked hard to create a translation that was best for the game.

Constant Changes to the Original

One of the challenges of simultaneous translation is the fact that the source Japanese text will be changed and re-written numerous times.

I estimated the Japanese text was easily a few million characters, but when you take into consideration localization started in 2015 and you know the Japanese will be changed, the amount that was really translated might have been an additional several hundred thousand characters.

Constant changes and re-writes doesn’t just mean re-translation in English, but possibly into all languages. There’s a need to keep track of consistent terms, that references make sense, that characterization works, that the story makes sense. If any changes had been made after localization QA began then time is also needed to check the changes in-game.

This was potentially a massive time-sink considering the size and scope of the game.

In the aforementioned interview with some of the localization staff, Ben Sabin also mentioned this:

“For many voiced scripts, we have a guideline that a target language’s voice line must be within 0.2 seconds of the Japanese either short or long, so what you think might work best for a specific line cannot always be used because it would be much shorter or longer than the Japanese.”
(FINAL FANTASY VII REMAKE Localization Team Interview! Part 1)

This is particularly challenging when you consider how Japanese can often get a lot of information across in a single word, while most European languages need a sentence. (Otherwise your character might sound stupid.) Or how much Japanese uses aizuchi which are verbal utterances such as “un” to indicate you’re listening. (Whereas in English it’s incredibly rude to interject when someone’s talking.)

Sabin also mentions how they had to match the translation to the characters’ expressions. You can see their emotions in high-definition. So although they could move some sentences around, they couldn’t too much otherwise the character’s expressions might not match what they’re saying.

Yet this Localization is So Good

Now I’d like to gush about what I loved about the localization. I played the remake with Japanese audio and English subtitles so I could see how they tackled certain lines.

One of my pet-peeves when it comes to translated games is when the English just reads…bad. When you can tell exactly what the Japanese said due to direct translation. Maybe the grammar isn’t the worst (although it normally is) but sentences don’t sound natural for the context of the scene.

The translation in FFVII Remake, however, felt incredibly natural. It allowed me to be absorbed in the world and the characters without being confused by what they were saying. (The way the story was presented had me confused, but that’s a whole other issue.)

Here are some examples.

Even from the first line of the game「行くぞ、新入り」(lit. “Let’s go, newbie.”), translated to “Get down here, merc.” in English felt natural and conveys so much information. It tells us Barret and Cloud’s relationship (they’re not close) and Cloud’s position in the group (a merc, someone for hire.)

Directly translating this line would have given us the wrong impression of the Cloud’s role. If he was a “newbie” we would have thought he was officially in the Avalanche group, which undermines important plot later on.

Or in the next scene Cloud says to Wedge 「仕事が終われば、他人だ」(lit. “When this job’s over, we’re strangers.”) It was be really weird in English to say “we’re strangers” to someone. So the English “[This is a onetime gig.] When it’s done, we’re done.” feels like something someone would actually say. (If they were…you know…someone hired to help commit a crime…)

When you take into consideration the audio and character’s expressions limiting the translation, this is an amazing feat!

Natural English and characterization overlaps heavily. But characterization is more about the individual voice of characters. It’s about being able to read a line and know who’s talking without looking at the picture.

Cloud is very cold and cut off from people. He doesn’t talk much, keeping his sentences short and to the point.

Barret is passionate and crass. He’s probably the most liberal with swear words (which I found hilarious). But he also talks with very casual English. Such as “Ain’t holding out on me, are you?” instead of something like “I hope you’re not hiding anything.” These sentences mean the same thing but give two very different impressions of character.

Or you have some of the more out there side-characters like Chocobo Sam, a rancher that sounds like a cowboy. Or flamboyant gym leader (not that kind) Jules.

Yet, unlike some other Final Fantasy games, none of the characters’ voices were difficult to understand. They felt like real people.

I love creative translations that entertain the audience. That really is the key to translating media which is made to…you know, entertain.

This game, however, was such a massive project with many restricting factors. Considering the scope and challenges the translators faced I’m not surprised it took 5 years for the localization.

Yet the team did such a fantastic job. I may have been frustrated at times by the gameplay and story, but the English localization (and the music) kept me hooked. I can’t list in detail every single example but I just loved the flow of conversation and the characterizations of the English.

All Games Should Be Localised Like Ni no Kuni 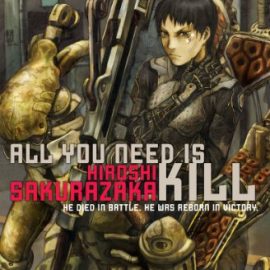 All You Need Is Kill – Translation Review

Never Assume – The Importance of Research in Translation